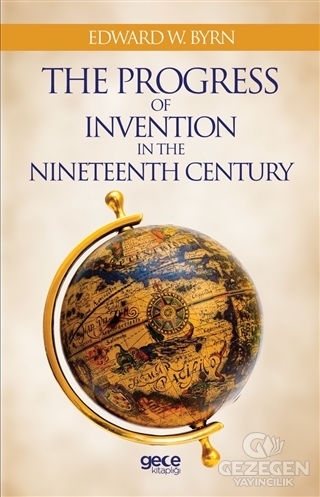 The Progress Of Invention In The Nineteenth Century

https://www.kitapgezegeni.com/the-progress-of-invention-in-the-nineteenth-century,1
The Progress Of Invention In The Nineteenth Century
Gece Kitaplığı
39.82

For a work of such scope as this, the first word of the author should be an apology for what is doubtless the too ambitious effort of a single writer. A quarter of a century in the high tide of the arts and sciences, an ardent interest in all things that make for scientific progress, and the aid and encouragement of many friends in and about the Patent Office, furnish the explanation.

The work cannot claim the authority of a text-book, the fullness of a history, nor the exactness of a technical treatise. It is simply a cursory view of the century in the field of invention, intended to present the broader bird's-eye view of progress achieved. In substantiation of the main facts reliance has been placed chiefly upon patents, which for historic development are believed to be the best of all authorities, because they carry the responsibility of the National Government as to dates, and the attested signature and oath of the inventor as to subject matter. Many difficulties and embarrassments have been encountered in the work. The fear of extending it into a too bulky volume has excluded treatment of many subjects which the author recognizes as important, and issues in dispute as to the claims of inventors have also presented themselves in perplexing conflict.

A discussion of the latter has been avoided as far as possible, the paramount object being to do justice to all the worthy workers in this field, with favor to none, and only expressing such conclusions as seem to be justified by authenticated facts and the impartial verdict of reason in the clearing atmosphere of time. For sins of omission a lack of space affords a reasonable excuse, and for those of commissionthe great scope of the work is pleaded in extenuation. It is hoped, however, that the volume may find an accepted place in the literature of the day, as presenting in compact form some comprehensive and coherent idea of the great things in invention which the Nineteenth Century has added to the world's wealth of ideas and material resources.