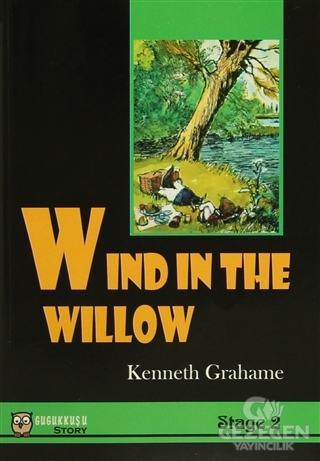 Wind in The Willow

Grahame contributed essays and stories to "The Yellow Book" and W.E. Henley's "National Observer", and his collections "Pagan Papers", "The Golden Age" and "Dream Days" were well received by critics such as Sir Arthur Quiller-Couch ("Q", 1863-1994), Grahame married Elspeth Thomson in 1899, and their only child, Alastair, was born the following year ( he was killed in 1918). Grahame created the character of Toad to amuse his son, but it was nat until 1908 that he publişshed "The Wind In The Willovs", whiiich had its origins in lattetrs he had written to Alastair. "Toad of Toad Hall" by A.A. Milne (1882- 1956), whose " Winnie-the-Pooh" (1926) was created for his own son Christopher Robin. In 1916 Grahame edited "The Cambridge Book of Poetry for Children", but he published no more work of his qwn. After Alastair's death, Grahame and his wife spent long periods in Italy